cherish: these are the days i’ll forever miss 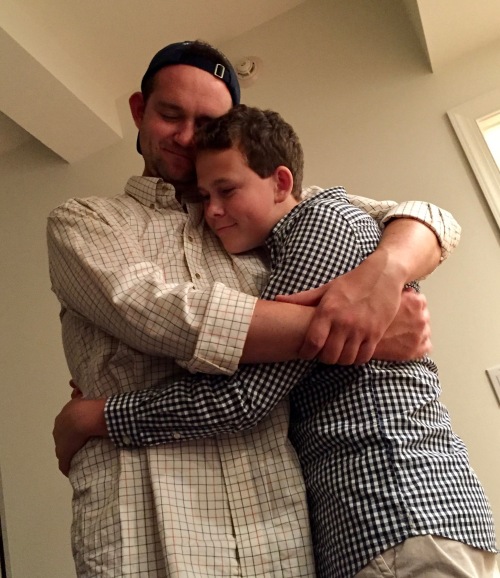 something like feathery-flaked fairy dust — just a pinch, mind you — has descended on these days. there’s a palpable sense that we are living in hallowed time, on the permeable cusp of still holding on, but soon letting go. of liminal space, of a threshold when all the now is magnified, each fine grain of holiness amplified by the undercurrent of knowing these hours are numbered, this proximity will slip away.

cherish is the word that rumbles round my head — and my heart. it’s the sacred instruction whose imperative i follow.

fourth quarter senior year of high school started just the other day. for the kid born when i was barreling toward 45. for the kid i never ever ever thought i’d get to cradle, to fold in my arms. for the dream i feared i’d lose when his delivery got bumpy and a phalanx of top-notch neonatologists slithered into the murky shadows of the delivery room.

you never get over a miracle. i know i won’t.

even on the days when we’re nearly late for school because he won’t budge from under his covers — and what a miracle that that’s about the worst i can come up with — i never really lose touch with the blessedness of his existence.

truth be told, i get the sense that he too has an inkling of what’s coming, and he too is holding on just a wee bit tighter. even though for months now he’s teased me mercilessly about the fact that his days here are counting down.

in the last couple weeks, word has descended from college admissions offices far and wide and even close to home. friend after friend has decided, declared, committed. the boy we call our own, he is still deciding. we’re making one last trek to a couple campuses this weekend. taking one close look, and hopefully driving home knowing (although rain and more rain is in the forecast, which makes for dreary looking). maybe seeing a bit more clearly the outlines of what lies ahead.

but even without his own certainty yet, it’s the certainty of kids all around him that’s seeping in the sharp edge of truth: high school, this era he thought would never end, it’s over, done, finished, just the other side of this quarter that started this week. it’s a two-digit countdown if counting by days; it’s now less than two months away.

all of which dials up the urge to pay close attention. to savor. to cherish.

which makes this all the more, the tender season. there’s always something about springtime that pulses with a certain poignance. i always feel the equal parts light and shadow in these weeks of quickening. there’s hallelujah, there’s heartbreak, there’s loss, there’s triumph. there’s death and resurrection. nubs of newborn green at the end of the branch. mama bird in her nest-building frenzy. baby bird fallen from the nest. tender shoots bent under the crush of late-season ice or snow. the bush that didn’t survive the winter. the bulb that rises anyway. the fragile frond unfurling. the song of the wren.

i’ve written (here, and in the pages of slowing time) of the enlightened wisdom of the japanese who teach that the beauty of the cherry blossom — sentinel of spring — is its evanescence. “the very fact that at any minute a breeze might blow and blossoms will be scattered. they’re keen to what it’s teaching: behold the blossom. it won’t last for long.” nor forever.

nor these numbered days of childhood, the chapters that all unfold beneath one shared roof. the chapters where, night after night, you can perk your ears to the sounds of someone shuffling off to bed. those long-ago nights of bedtime stories and lying still beside him, in hopes that sleep would come to him before it came to whichever grownup had drawn the short straw that night, those nights are now but memory. the ritual these days is to listen for the click of the front door somewhere round the midnight hour. and not too long from now there will be no noise at midnight, nothing but the sound of a single sheet being pulled up round our noses. his room, the one at the bend in the stairs, it’ll lie untouched, un-messed-up for long weeks and months between college breaks. i’ll wander in, run my hand across the un-hollowed pillow. maybe sift through piles left behind. i’ll wonder how we got to such an empty room so fast…

i will hardly be surprised by the hollowness of those days to come. the ones where i work once again to re-wire who i am in the world. once again expand the imaginary boundaries of my mother-ness, expand to include however many miles stretch between me and my newly-faraway boy.

what’s surprising me is how tender these days are. how a softness has descended. an unspoken tenderness between us. how he calls out one last time “i love you,” before clicking shut his bedroom door, or as he climbs the stairs on his way toward homework. these are not the words he tosses willy-nilly. these are words that seem to be gurgling up from the undeniable truth that he and i have always, always sensed that we were living inside an answered prayer. and despite his disinclination to say so, he’s the bearer of one voluminous and deeply tender heart. and it’s feeling this tug in the surest quietest way imaginable.

i’ve been reading — in a glorious book titled, “the soul’s slow ripening,” by christine valters paintner, a poet, artist, and modern-day mystic now living in galway, on the western coast of ireland — that thresholds held particular attention for ancient irish monks.

(i love learning that the monks literally sought out “edge places,” in the desert, on the margins of civilization, in the wide-open windswept burren, “at the very fringes of the ancient world,” where they might most deeply embrace the perspective it allowed them.)

it makes me scan the terrain of this “edge time” i find myself — and my sweet boy — living in. it makes me wonder if the pinch of fairy dust, the extra-porous tenderness, the gentle grace that animates each day, as my senior in high school holds on tighter as he gets ready to let go, it makes me wonder if we’re wise to pay attention to the “thinning,” and recognize the holiness of heaven intermingling in the everyday earthliness of this very last high school chapter?

it makes me wonder. and it makes me hold tighter to each and every hour of this blessed thinning time and space…

what thresholds capture your attention? have you a sense of the thin place, where heaven and earth hover within reach?

11 Comments to “cherish: these are the days i’ll forever miss”