the book bench at summer’s close 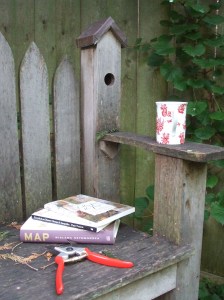 as this summer draws to its quiet close, there tiptoes in this latest roundup of books for the soul — from the pages of the chicago tribune, where i cull through a stack of offerings every month. this lands in my mailbox at a moment when i too am feeling quiet. in this old house, we’re sinking back into the sacred rhythm of whispered dawn followed by momentary rustle as that new-to-high-school boy is shuffled out the door. then it’s quiet again. for too-short a spell.

before the pace picks up — or maybe to keep it at bay — i’m headed out to my book bench to soak in the succulence of summer’s end. here’s hoping you, too, have a quiet place to curl into human comma, turning the pages perhaps of a book that fills your soul. here, a few titles you might want to slip into your book bag. or ferry to your favorite reading nook. no matter your choosing, may you be blessed abundantly as we reach the summer’s closing chapter…

from the pages of Printers Row Journal, the Chicago Tribune’s literary supplement…

Naomi Oreskes, professor of the history of science at Harvard University, begins her introduction to this particular printing of Pope Francis’ latest encyclical by reminding us “(h)istorians looking back often recognize turning points, but ordinary people living through them rarely do. Sometimes, however, a book catalyzes thought into action.” She goes on to count “Uncle Tom’s Cabin” and “Silent Spring” as two such masterworks. And then she deftly tucks “Encyclical on Climate Change & Inequality: On Care for Our Common Home” onto that same rare call-to-action bookshelf.

As it should be.

This breathtaking amalgam of urgency and poetry mines the spirit and appeals to the moral core. Billed as the pope’s pontifications on the environment, it is in fact a sweeping letter addressing a spectrum of global sins, not the least of which is summed up in Francis’ declaration that “(t)he earth, our home, is beginning to look more and more like an immense pile of filth.”

That a secular publisher, Melville House, chose to print in its entirety the papal document — termed by The Guardian “the most astonishing and perhaps the most ambitious papal document of the past 100 years” — bespeaks its relevance beyond the walls of the Roman Catholic Church. Where it stirs the soul, though, is in its majestically crafted sentences that wholly illuminate the understanding that nature is “a magnificent book in which God speaks to us and grants us a glimpse of his infinite beauty and goodness.”

Coupled with the pope’s insistence that pillaging the planet exacts too costly a toll on the world’s poor, this work drills home the plea that we “hear both the cry of the earth and the cry of the poor.”

When awarding Wislawa Szymborska the Nobel Prize in Literature in 1996, the Nobel commission called her “the Mozart of poetry.” But they didn’t stop the invocation there, adding that her elegant, precise works held “something of the fury of Beethoven.”

All of which is to underline the supreme sadness that one of Europe’s greatest recent poets is not better known this side of the Atlantic. “Map: Collected and Last Poems” could right that.

Here, for the first time, is the English translation of all of the poems of Szymborska’s last Polish collection, including previously unpublished works. In all, “Map” gathers some 250 poems written between 1944 and 2011.

While Szymborska, who died in 2012, focuses her attention on quotidian subjects — an onion, a cat — she plumbs them to probe life’s big questions — love, death, and passing time. And while she might not be as widely read in America as poets Mary Oliver and Mark Strand, her words bore deep into a shared soulful landscape. She is poet serving as spiritual guide.

Consider, for instance, this one stanza from the poem “Nothing Twice”:

“Why do we treat the fleeting day/ with so much needless fear and sorrow?/ It’s in its nature not to stay:/ today is always gone tomorrow.”

Is that not a call to savor the one holy hour that is upon us? To not fritter away a single day?

We can only hope that hers becomes a household name, in any house that believes poetry is direct line to the depths of the human spirit. This tome is the place to begin.

Letters from the Farm by Becca Stevens, Morehouse, 160 pages, $18

“Letters from the Farm: A Simple Path for a Deeper Spiritual Life” is one of those quiet books that slips across the transom. You couldn’t predict from its cover — nor from the measure of its page count — just how much it holds inside. You needn’t read too far to realize its heft.

Stevens is an Episcopal priest and the founder of Thistle Farms, a community of women who have survived sex trafficking and addiction. Rooted outside Nashville since 2001, it is in fact a farm, one where herbs and teas and thistle are grown and made into bath and body care products distributed nationally. And it is from this plot that Stevens reaps much wisdom.

Her redemptive truth: “Love heals.” She writes: “I’m not called to change the world. I am called to love it.”

It’s the take-your-breath-away simplicity of Stevens’ letters that makes you take sharp notice. Count her emphatically in the Anne Lamott tradition of unexpectedly walloping you over the head, or in the heart, with a sentence so profoundly wise, so steeped in substance, you could pause and spend a few days burrowing into the truth of it.

Her stories from the farm — and from her travels to Africa and around the United States — are raw and rugged. When she writes of a woman locked in a lightless closet for four months, or mentions another woman who slept in a bathtub, night after night, to avoid “being raped before sunrise,” she stirs a knowing grittiness into what she calls her stack of “love letters to God.” Her prose unsettles in the most profound ways. And that is a very good thing.

Barbara Mahany is the author of “Slowing Time: Seeing the Sacred Outside Your Kitchen Door.” Twitter: @BarbaraMahany
Copyright © 2015, Chicago Tribune

yet another lovely edition of the pope’s encyclical arrived post-deadline, but it’s one worth considering. footnotes unspool across the bottom of each page, and, as with the melville house edition, (above), it’s an exact reprinting of the original, pressed between hard-bound covers.

and what might you carry to your book bench?