a compendium of what we ache for… 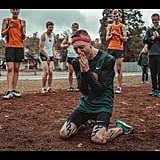 some weeks feel like someone’s pulled the plug at the bottom of the bathtub and all the suds — and the baby, too — are shlurping down the drain. this was one of those weeks, when day after day some stumbling block or very steep incline got tossed on my trail through the woods.

i was just about giving up hope. and i realized i wasn’t alone. there was my friend whose kid is in rehab, and she got a middle-of-the-night call that he wanted to quit, was deadset on coming home. even if he had to hitchhike — and bottom out — to get there. from the far left coast. there was another friend whose kid was rushed to surgery with a failing kidney. there was, as always, the national news, which more days than not feels as if someone’s cranked the spigot to full toxic poison and left it to drip, drip, drip.

and there was my own personal trove of worry. packed in that box there’s one prayer in particular that i nearly gave up on. made me start to wonder if anyone was listening. do you ever wonder the same? start to think that maybe your line’s been cut, and the wires to heaven you’ve long depended on, they’ve been snipped and they’re dangling? all you hear is the buzz of a line gone dead?

some weeks i feel i’ve little to say here. think i’ve no right to take up your time or the oxygen in the room. that’s not uncommon among women who grew up like me, taught to be nice or be quiet. i plod on anyway, because i made a promise — to me and to you — that i’d be here on fridays, find something to say. maybe even one glimmering shard of hope to break through the murk.

it’s not often i turn to the world outside to find us all a bit of solace, of something like faith. or even of joy. but in the last 24 hours, the universe seems to be racing to our rescue. shimmering shards are suddenly falling, one after another, onto my path, our path.

turns out, it’s become something of a compendium of what i’ve been aching for: tales of resilience. words of breathtaking wonder.

some weeks, we need to lean on the ones all around us. this is one of those weeks.

here’s this, from the glorious folks at nike. once upon a time i thought nike built shoes. but now i know better. i know they build from the best of the human character. they remind us who we can be. they carry us across finish lines — the ones in our hearts, and the ones in the woods.

take a look. and a listen: witness the moment justin finds out he’s the first signed pro athlete with cerebral palsy.

and now, while you perhaps dry your tears (pass me the carton of kleenex), here’s a poem from one of the patron saints of the chair, our beloved blessed mary oliver:

My dearest, most tender
boy. To describe him … is to
try to name those unnameable colors
and why bother. It’s all love.

Nothing matters here but life.
Nothing is in my thoughts but life.
I sit feet from the ocean and am bathed in this lucky life.*

go out and gather your shimmering shards, your miracles, and joys. and please report back….
what miracles fell on your path this week?
*poem and love from the incomparable robbie k….

19 Comments to “a compendium of what we ache for…”