the truth around the bend 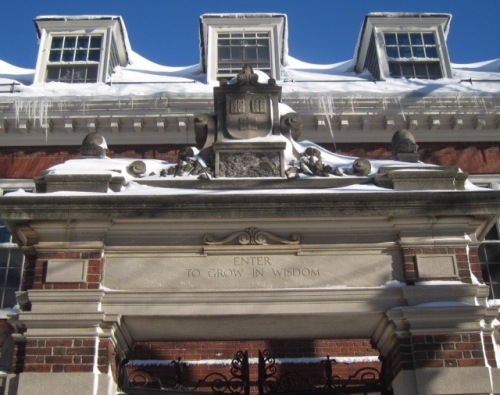 it’s a rite of spring around here, the junior year of high school spring-break college tour. i’ve not been before. last time round, i stayed home with a kid just warming up his third-grade baseball cleats, a kid still learning how to cobble words into sentences. the one i stayed home with was all of eight. his big brother set sail to the eastern seaboard with his papa. they’re the ones who ambled college quads, queued up for “information sessions,” accumulated a backpack full of shiny college folders. my job was to take the nightly calls, to scribble down whatever were the reports of the day. which campus felt blah. which cafeteria oozed soft-serve ice cream.

this time, the little ball player is sixteen. and he’s the one starting to wrap his brain around this idea of packing up a box or six, and heading off to college. i’m tagging along because, well, there’s no one here for me to stay home with, and b.) i really need to wrap my brain around this going-off-to-college thing.

i can’t quite imagine a house without all the clatter. what would mornings be if not for the daily five-alarm drill of running late, of screeching out the alley and down the lanes, trying to reach the schoolhouse curb just before the bell rings?

there’ve been a few weekends of late when the kid was off debating, so his papa and i tried it on for size — his absence, that is. we both shuffled past his bedroom door in the early morning, and sighed in not-a-pretty-way at the sight of his empty bed, the quilt pulled taut, without the lump beneath. we sat down to dinner, just the two of us. fell asleep without awaiting the sound of the click from the front door, and then the clomp up the stairs, and the squeak of the bedroom door as it whined its way closed.

while the kid was off loving the college scene — especially the weekend in berkeley, california, where he reports the sidewalks teem with weed-y not-woodsy scent, and construction workers think nothing of lighting up and passing round their pleasure (who knew he knew the telltale, um, aroma?!) — his papa and i were home deciding we weren’t quite ready for the next jolt on the american family trajectory: the empty nest.

which is, perhaps, the certainest reason i need to pack my bags, and give myself a bracing dose of this college-coming reality.

because i’m married to a fellow who oughta be a college counselor on the side, a fellow who takes to heart the search for just the right college for just the right kid, we’ve got (er, he’s got) the whole week plotted out. there’s a stop a day, in a big wide circle that starts and ends in boston. we’re looking big and little and in-between. and of course we’re test-driving every college cafeteria, snooping out the soft-serve zones.

once upon a time, in the world where i grew up, applying to college meant filling out two forms — one, a catholic university; the other, the big state school — seeing which one wrote back first. that’s the one you went to. and then you packed the wood-paneled wagon, motored up the highway, and your parents dropped you off. maybe, helped slap sheets round the single slab of mattress, stuffed some clothes in the closet, and then they were off. congratulations, you’d arrived at college.

back then there were three brothers still home behind me, so my absence must have barely garnered notice. for a while, i’m guessing, they forgot to not set my place at the table, maybe marveled at how uncluttered was the chair in my bedroom. sunday nights, some time after rates went down at 5, we must have dialed (yes, rotary dialed), caught up, bid goodbye for yet another week.

in the house where i grew up i was one of five, and thus my presence was proportionally diluted. around here, with eight years in between, i’ve always said we’ve pretty much raised two only kids. and each time we’ve plunged in deep. thus, we’ve been at this — deeply — for nearly a quarter century. we had barely any married months before i first found out i was “with child,” in the quaint vernacular of another time. and while it would be almost two years of heartbreak and holding our breath before we wrapped our arms around Sweet Boy No. 1, we’ve pretty much been a marriage with offspring. how oh how to be a house with empty bedrooms, half-filled fridge, and car growing cobwebs in the garage?

the college tour provides the chance to wrap my head — and my heart — round those stirring questions. i’ll stand back and watch that kid lope across a quad, or climb some stairs and shove open the door as if he’s done it a hundred times before. i’ll see him poke his head into the confines of some cleaned-up dorm room (i’m pretty sure they pay kids to sign up as show-off rooms, the ones they let prospective parents stick their noses into). i’ll try to imagine him, in just a year and a half, unpacking his boxes, learning how to use a key card, registering for classes, and texting home in the lulls of the night or week.

there’s a long way to go before i find — deep inside — what it takes to let go, wipe a thousand tears, and drive home, aching all the way. but there’ve been plenty of chapters in this parenthood adventure that i’d never have guessed i’d muddle through. there’ve been ICUs, and awful phone calls, there’ve been words from teachers, and taunting in the school yard. and each time, in time, i found what i needed. i climbed in the ambulance, i looked the teacher in the eye, i even called the mother of the bully. if i could do all that, i think i’ll find some way to drop off my kid at college. the one where he will thrive. so help us God.

how have you braced yourself for passages you knew would tax your heart and soul?

this morning in particular my heart is full for a host of people i love suffering through too many heartaches. my beloved aunt nancy will sit alone this weekend in the front pew of her late husband’s funeral mass in cincinnati’s great cathedral, my beloved cousins sit beside the ICU bed of their son, a pediatric nurse, who caught some horrid virus that’s gripped his heart, and my beloved nearby friend keeps vigil for her child who’s going through a few rings of hell. sending love to each one of you, and all the rest besides.

16 Comments to “the truth around the bend”