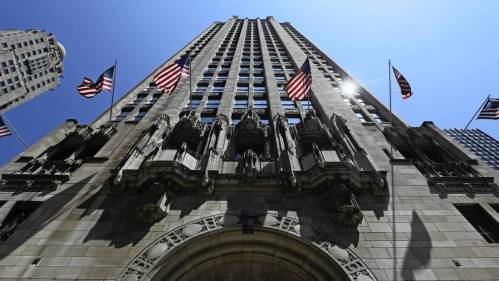 in the newspaper world, -30- means “the end.” at the bottom of every reel of type flying off the typewriter, once upon a time, a big-city scribe tapped four keys to signal the end, so the typesetters knew to move onto the next big story in their end-of-day unreeling of the hot breaking news.

all these years, the -30- stuck. only i grabbed it from my typesetting keys this morning not because of an ending, really, but because a bespectacled scribe i happen to love, one whose flight i’ve witnessed from an up-close unedited perch, he’s been waiting and waiting for today. today is the day he gets his 30-year watch. thirty years of calling himself a “chicago tribune reporter.” thirty years of chasing down just about any I-beam that dared to move in this old town. thirty years of thumbs-up or thumbs-down on wild-eyed architects’ intentions to make no small plans.

but more than what’s beautiful, soaring, inspiring, or not, he sees the way the carved-out hollows and high-rises of a big american city might move the human species into communion, or tear them apart. he understands the nuts and bolts of design, but he’s keen on justice and social equity; he understands the political powers and petty feuds that sometimes stand in the way of what makes a city — and its peoples — work, or not work.

and he’s spent three decades teaching all of us, teaching anyone who turns the pages of every day’s news, to do the same. it’s a way of seeing he’s intent on not keeping to himself.

and ever since the hot august morning of 1987 when he strolled into the chicago tribune newsroom in his navy brooks brothers blazer, white oxford, and khakis — aka “the uniform” — i’ve been watching. took another year till i rose to my rank as “girlfriend,” and then another three years before “wife” was affixed to my status (we had a lot to figure out, mostly in the religion department, during those long should-we-or-shouldn’t-we years).

so i know, more than almost anyone, just how much it means to him to have hit the sweet 3-0. to know that tonight, at the annual bacchanal that is the tribune awards hoopla, he will, at last, get his chicago tribune watch. actually, in a move that is so classily elegant and fair-hearted and loving as to be a signature BK move, he’s getting two tribune watches tonight. he put in an order for a pair, one for each of our boys, so someday, both will have a relic from their papa, one he wrote soooooo many stories to snare, one that in some scant way captures the nights after nights that he kept watch over stories, called in corrections to the desk, gave up a friday night dinner, surrendered a holiday, took yet another call from a “source,” chased a hot tip. because when you’re the son of a newspaper man (and he is) getting the news and getting it right, and never ever backing down from the truth, well, that’s religion to him. and he is devout, if anything.

and that might be the beauty of nights like tonight: they squeeze you into the think-back machine. have a way of making you stop in your tracks, think back across the long arc of your history, sift for those gold nuggets of meaning. (and you know i never ever miss a chance for gazing back over my shoulder, for rubbing my palms against the fine grain of time, squeezing out every succulent drop of “significance.”)

it’s the pause in the plot that always, always holds the possibility of taking life up a notch. that slows us down long enough to realize this isn’t just a race to the finish line, but rather a slow contemplative unspooling that is best lived and best understood, most certainly held up to the radiant light, if we pay close close attention to all the unspoken strands, the subtle and poignant shifts along the way, the moments where we rose up to champion status, where we lived with every ounce of hope and faith with which we were created and dreamt into being, and where we humbly account for our stumbles, realign our compasses and set forth again.

it’s a magnificent reel, this thing called our life, and it’s most closely savored when every once in a while we watch it in slo-mo, stop-gap, how’d-we-get-here, hallelujah style. and then, to anoint the moment, we bend knee, bow head, and whisper a holy thank you.

never, ever, in a million years did i imagine this 30 would bring my bespectacled scribe — and me, and thus W and T (our two and only double-bylines) — along this most blessed road to here.

a billion blessings, BK. and thank you. 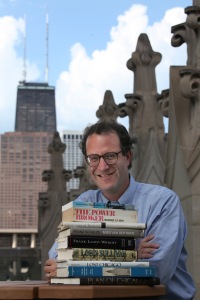 have you hit the pause button lately, to look back on the road to where you are now? what have you gleaned, and what lessons might you carry forward?