when muttering under your breath isn’t enough… 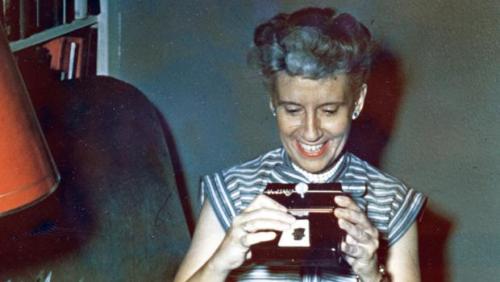 “Leave safety behind. Put your body on the line. Stand before the people you fear and speak your mind–even if your voice shakes. When you least expect it, someone may actually listen to what you have to say. Well-aimed slingshots can topple giants.” —Maggie Kuhn, social justice activist, founder of the Gray Panthers

despite the fact that i came of age in the 1960s, can remember chillingly the assassinations of JFK, and bobby kennedy, and martin luther king jr., can remember being afraid when draft numbers were called and boys i knew were whispered to be leaving for canada. despite the fact that mahatma gandhi and mother theresa were the faces i cut from the pages of magazines and taped to the inside of my spiral notebooks, i’ve not spent much time with soles to pavement, marching with a picket sign.

so i turn to maggie kuhn, the gray-haired activist and founder of the gray panthers, whom the new york times once described as “a tiny woman who wore her hair in a prim bun that gave her the look of an ideal candidate to be helped across the street by a Boy Scout.” maggie fought it all, every discrimination, oppression, and injustice she ran into. and in her 89 years, dying in april 1995, a mere two weeks after joining a picket line for striking transit workers, she ran into plenty.

it’s been a year now, since the chill january morning when i awoke in prayer, and soon found myself writhing on the couch, listening to an inaugural address that steam-engined through “rusted-out factories scattered like tombstones across the landscape of our nation,” and “students deprived of knowledge,” and “crime and gangs and drugs that have stolen too many lives,” all rising toward the crescendo that “this american carnage stops right here and stops right now.”

i was aghast that morning. and at least a hundred other mornings since. i’ve felt hollowed and gutted and stripped of hope. i’ve cringed. and heard the thump of my heart pounding in my ears, as blood pressure rose and i watched in disbelief. how, i’ve wondered time and again, have we gotten to this low?

it’s all of it: the language, the lies, the schoolyard taunts. the bullying. the lack of backbone all around. the refusal of sycophants and hangers-on to call a spade an ugly spade. it’s so much more than politics that makes me boil, it’s the degradation, the shredding of decency, the depravity. it’s needing to turn off the tv if kids are in the room, because i don’t want them hearing the words spoken by the fellow in the oval office. i don’t want them reading of porn star affairs, while a wife is home cradling her newborn son. i don’t want pussy talk. the moral compass is seizing, is spinning without north star.

all year, i’ve muttered and mumbled, and all but thrown shoes at the tv screen. i’ve composed letters to the president in my head. i’ve imagined myself plonked on the steps outside the west wing, just beneath that portico where all the hotshots come and go. i’ve wondered if i implored loud enough, would he listen? could i tell him quite exquisitely enough just how vile i’ve found this year-long unraveling of those rare few things i believe to be essential?

in my day to day, i’ve employed those tools i’ve always counted on: i’ve typed, tried to gently whisper truth. i’ve upped the everyday acts of kindness. i’ve tried to be a heart-seeking missile of empathy, looked more folks in the eye, listened more intently to their stories. prayed and prayed some more. tried to untangle discord. turned the other cheek.

i’ve no idea if the scales of justice have moved one iota, if one voice, one pair of lungs, one heart, one imagination can make a dent in the ocean churning with each toxin.

so i’m tossing my lot toward compound interest, the magnifying power of multiples: toward clogged streets of voices, toward the impact of the aerial photo, and the fine-grain, on-the-ground collective of stories heard, faces watched closely.

i’m donning my triple layer long johns, shimmying on my walking shoes, spinning the turnstile and hopping on the “el,” chicago’s answer to a polyglot on rails. i’m headed downtown tomorrow to the hordes who will be taking to the streets for a hundred thousand reasons, all falling under the rubric, “enough is enough.” it’s time to put breath to our hopes and prayers and protests. it’s time to reclaim civility and justice. time to leave behind our couches and our clickers and bring our voices to the public square. it’s time to tell our children we did not sit silently while the national conversation crumbled, and what passed for fairness, for decency, for equal rights for all, was in shambles.

i am one voice, and mine might be shaking. but one plus one plus one just might bend the arc toward that justice, that fairness, the radiant light of pure and gentle love that i will not ever stop believing in. nor working toward.

so help me God.

who taught you to use your voice, and how will you use it?

23 Comments to “when muttering under your breath isn’t enough…”