turning the page on my little muse 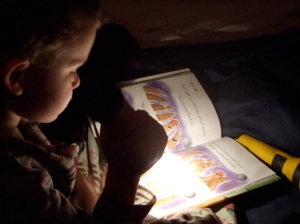 it was just a few weeks ago, one night after dinner, when my little fellow was nonchalantly clearing the table, and plopped his plate precipitously over the edge of the counter, threatening to wobble and crash to the depths of the dishwasher down below.

yes, half the plate was securely on the countertop. ah, but the other half, suspended on air and air alone.

seizing this moment of gravity instruction, i chimed: “sweetie, don’t leave the plate there. it could fall.”

to which my young isaac newton circled back, eyed the non-wobbling plate, and crisply replied: “well, it didn’t.”

“but it could,” i tried again, intent on cementing this lesson.

wherein the young thinker, once again, became the teacher.

said he, looking me straight in the eyeballs: “you don’t want to live your life in what-ifs!”

and then he scurried on. and i was left, alone in the kitchen, his words reverberating. making the walls shake. waking up sound-asleep brain cells.

“you don’t want to live your life in what-ifs.”

who is this 11-year-old buddha? is it not true that the heavens send us our teachers in soccer pants and sauce-stained T-shirts?

so struck was i by this kitchen-sink wisdom that i lurched to grab my trusty camera, to record the not-so-tipsy plate, just as he’d left it. so that, as i’ve so often done in the last six of his 11 years, i might etch the lesson here, on the pages of the chair.

but i was caught, mid-click.

he knew what i was up to. and there arose a gentle protest. a declaration of independence.

“mom, you can’t write about me without checking with me first.”

so i didn’t write that week about the lesson of not living your life in what-ifs.

though it was a lesson that shot me through and through. because, yes, how often have i not crossed a threshold after ticking up the hundred ways that something might go wrong. because fear undercuts, boxes in, circumscribes, so very many blue highways in the landscape of our lives.

his claim to right of first refusal became an oft-returned-to point of discussion over days that followed. he’d deemed that if he could be first-reader, it might or might not pass the test. i might or might not get to click the “publish” button.

all wholly on the mark. all wholly admirable. and defensible.

and, yes, in that moment, i heard the crinkling of yet another page in my life as it turned, as i lifted up the fragile corner, arced it across time and space, and pressed it back, onto the growing stack of past.

my little muse had, for all these years, been the heartbeat of so many meanders here at the table. there was monster fighter, the one about how he armed himself for perilous nights in those fitful shadowed hours not long before he was swallowed up by first grade. there was the a-ha moment where the little black squiggles on the page suddenly, out of the blue, and after much trying, erupted into words, the likes of which he swallowed whole, in starter sentences and paragraphs. there was, most recently, stitching the homesick blanket, in which he wanted more than anything a plane ticket home. and the meander, in particular, that made him stand up and say, excuse me, i have a right to tell my own story of my own life.

it is a struggle many writers meet head on. there are sharp lines in our lives we do not cross. whole continents of heartland we do not explore in print.

being married to a writer, i’ve long known our unspoken pact: i don’t write about his private life, our private life, because it’s his as much as mine. being the mother of a college kid, i’ve known too just how close i can inch toward that tender, fragile, firm, border crossing. i’ve written less and less about him as he’s grown, claimed his own life story.

but my little one, until just now, has been the one whose heart, whose words, whose wonders i couldn’t help but capture.

like a lepidopterist, i’ve flailed my net, and here and there, in daisy fields and shaded coves, in kindergarten classrooms, and on little league playlots, i’ve netted bright-winged moments that were my sweet boy growing up.

moments that otherwise would have escaped, fluttered off to clouds, or tucked away behind a tree limb.

been lost to time and memory.

i’ve long said that more than anything, pull up a chair has been my truest snapshot album. has lassoed in times new roman (the font in which i type) a mother’s deepest felt moments, the charms of six-year-old and seven-year-old lexicon and logic. has been slow-release, unfurling love song.

more than anything, it’s holding up a life — my life, our life — to the light. it’s catching the rainbow shards distilled in every shaft of sunbeam. it’s turning a moment round and round, re-discovering a miracle or magic not seen in first-run.

and along the way, truth be always told, i fell more in love with one particular little fellow than i ever knew i could. it’s not that i didn’t love him through and through and through in real time. it’s just that in putting him on paper, in digging deep to find the words, to record his whims and whirling marvels, i fell in love all over and over and over again. it’s the prestidigitation of the pen.

just this morning, as i petitioned this very musing, as i inquired as we trudged through snow banks and skidded over ice patch en route to where the school bus stops, he generously offered more than compromise: “oh, you can write about me, mom. just not my private life.”

so no more snaps of little boy legs peeking out from under the covers. no more monster fighter garb, bare naked chest and legs. no more stories from the shadows and the aching vessels of his heart. not without assent — of the committee of one. not unless he lifts the “no trespassing” sign.

my little muse is growing up. and he’s the author of his life.

to which the corollary is: the life that’s mine is the one of which i’m allowed to write. and that alone, i’ll mine.

for the writers and artists among you, do you too find places in your heart which you know not to trespass, at least not out loud and in public?

dashing to get to audio storytelling class. huge computer snafus this morning. will edit later. thanks, T, for letting me tell a story.

the sweet snap way above is my apple-cheeked boy, caught reading by the light of the double-d battery, long long ago. when he was five, and didn’t mind being the subject of a story.

7 Comments to “turning the page on my little muse”