perchance, too many birds? 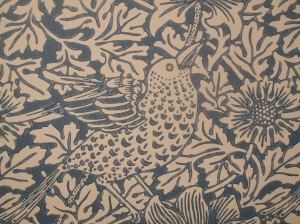 it’s hardly a bothersome little bird, its wings outlined in blue, slate blue, really. its bill and its legs, etched in the same confederate blue.

fitting, the civil war suggestion, for that ol’ hungry bird, a whole flock of them, actually, seems to have set off, well, a bit of a domestic squabble.

war, of course, would be going too far. it’s more a divide of two minds, the sort played out with very few words.

door clunks open ’round about seven o’clock this fair eve. in walks the one from the train. the one who knows a thing about architecture. who has something to say, and says it, most all of the time, when the subject is the look or the feel or the function of places carved into space, inside or out. why, heavens, they pay him to spout his learned opinions. so spout them he does, for pay or for free.

me, i just go with my gut, and my eye. always did get along, managed just fine.

um, maybe not now, though.

back to the squabble, er, story.

the little one, keen to impending drama perhaps, takes the tall one by the hand.

“wanna see the bathroom,” he asks.

“it’s covered with birds,” he happens to mention.

now, mind you, before leaping into the heat here, let me back up. this bird thing comes as no surprise. it’s not as if i just opened the cage, snuck in a chirper, let loose the whole squawking flock.

this had all been agreed upon. well, grudgingly maybe. but there was a green light. a nod. a certain shrug of the shoulders and with it a shake of the head in affirmative motions.

yes, yes, we all know that in the world of haute architecture, wallpaper ranks just above vines. or plain old ivy, maybe it is.

and we all know what ivy is in the realm of angles and planes, in the raising of walls and the shaping of rooms, houses, towers. heck, even skyscrapers.

it’s the architect’s equivalent of the schmatte, the rag that’s tied ’round one’s head to hide a bad hair day.

ivy goes up where architects blunder. it covers the goofs. frank lloyd wright, i believe, even said so.

back to the tale: so there in the nook of our stairs, where the steps take a turn, head from due east to due north, someone long, long ago, thought to tuck in a petite salle de bain. a powder room. a little spit of a joint jammed right in the corner.

when we moved here, till just at the dawn of this year, it was, well, aqua–bright aqua–down on the floor, and right ’round the bend up the start of the wall. we’d never quite managed to ditch all the pool-bottom blue. and didn’t do much with anything else in the wee tiny room.

until right after christmas, at the start of this year.

why not leap into a recession by redoing the bath?

and then came the walls.

only not so if you think like an architect.

which, i’ve mentioned, i don’t.

but the tall one does.

so, despite some willingness to back down from the plan, i did manage to leave will’s wall sample lying around, till one sunny day, when the tall one, he softened. said, oh, go ahead, it’ll be fine.

a nice man came this morning, slathered the walls, cut strips of bird-upon-bird. i yelped i liked it so much. so did the man who slathered it on.

only he’s not an architect. he’s a wall slathering sort of a fellow.

he left hours before the little one took the tall one by the hand, said, here, come meet the birds.

then i heard nothing.

do you hate it, i called?

then dinner was served.

so was more silence.

could have cut that silence with the side of my spoon.

at moments like this i feel the full weight of the little glass prism, a chunk if ever there was, that sits on his desk. he once won what a young friend at the time referred to as “the polish surprise.”

it means to all the world that he knows of which he opines. it means to me, on occasions like this, that i’m cooked.

how can i, wobbling on the mere perch of my avian affections, stand up, in any survivable way, to the weight of that see-through chunk that, if it fell on your toes, would make you yelp, ouch, in very loud howls?

the little one didn’t much help. says he: “i can’t go to the bathroom anymore. the birds are all watching me.”

so far, little else has been said.

but i did notice this: the bathroom door is sealed shut. i don’t think that happened by chance.

i do think that’s a good thing. because i think from now till forever, the bathroom is mine. and so are the birds. mine, only mine.

it’ll be private, all right, the cage where i and the birds now trill to our hearts’ deepest content.

while outside the cage, the discontent growls like a bird-spitting cat.

or is that simply the grrrr of my own personal architect?

ahh, why not write to make yourself chuckle, especially when you’ve reasons to cry? i ask this night for most special prayers for a very dear friend and her 17-year-old. she’s a fireball, the girl, a junior in high school, who on monday spent hours and hours in surgery, as the doctors removed a malignant tumor from her liver. nearly the size of a football, but it’s gone now. the lymph nodes too are now gone. but they had traces of cancer, so a long saga begins. and it’s not the first for this family. already, there’s a boy we once prayed for here at the table, the little brother, who still fights leukemia, and who long ago lost a good half of his cerebrum, the front lobe of the brain. one family, four children, two cancers, one child bound to a life in a wheelchair.

suddenly our worries are nothing. i look to katie, my friend, the mama above, to learn grace in action, to know what it means to walk into battle unwilling to lose. she can’t lose. God willing, she won’t.

one other prayer tonight. brave jcv, whose little girl hears only with what she calls “the hearing maids,” wrote the text that became a bill that just today went before the illinois state senate’s insurance committee, in hopes that all hearing-impaired children in illinois would be afforded hearing maids of their very own. brave jcv, who doesn’t like doing so, got up and argued on behalf of her bill, said for crying out loud can we not make certain children have the means to hear birdsong, their mother’s voices, the wind rushing through trees? or words to that effect.

jcv, too, is unwilling to lose. and we salute once again the courage of mothers who won’t back down from the battlefronts where they are so needed, and so indispensable. amen to all of you, this night. and love, too. xoxo

7 Comments to “perchance, too many birds?”