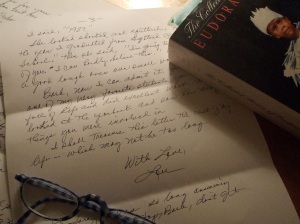 somewhere out there, maybe you too have a mr. crouch.

my mr. crouch is the one teacher from high school i still carry in my heart. somehow i don’t think he’d be surprised to hear that, but i hope he hears it–once again–nonetheless.

mr. crouch, he with fat gold pinkie ring, and always buttoned navy blazer, he whose tassled loafers i can still hear click-clicking down the halls, coming round the corner on a twirl, brushing back that flop of hair that sometimes animated what he was saying.

oh, and he was animated, all right. sometimes shouted, sometimes dropped his voice down low in a practiced whisper that made you ache to hear the words.

when he shouted, most often it was this: “you north shore cream puffs!” he would yell and needle us, stir us up off our puffy bottoms, implore us to search deeper, think harder to come up with stellar answers to his probing questions.

he taught english, by the way. but he might have taught anything. it wasn’t what he taught but how he taught it that left the mark on me.

there was, there is, i am certain still, a twinkle in his eye. and i, one who sometimes twinkles too, have always been drawn to that like moth to light.

my papa had it too. it was the thing, the meter in my life, that told me i was onto something, or maybe not.

to turn up the light in mr. crouch’s eye–or in my papa’s too–was maybe what it feels like to be a baseball-loving boy when he hits one toward the wall.

and since the playing field in mr. crouch’s class–and at my dinner table–was words and more words, was story, was thesis, was ironic twist, it was a sandlot in which i loved to romp. even when i walked in unequipped. which, in the case of junior english, meant i walked in, more often than i wish, without reading a single word of whatever was assigned. (i was busy in those days taking care of friends.)

oh, that didn’t stop me though from writing mighty essays. i could go on and on about the plot of, say, “zen and the art of motorcycle maintenance,” without a clue of what it was. in fact, some of my best first fiction, i know, was unspooled at mr. crouch’s expense.

he suffered no fools, dear lou crouch did not.

ah, but when i was on, i was very on. and mr. crouch was the first one–besides my papa–who made me understand that rubbing words together made for sparks that made for flames that could light the darkest corners.

mr. crouch, cajoling, jabbing, loving all the while, made me want to live to write.

oh, i took time out, went the way of nursing for a while, the other thing i loved with all my heart. but then, when my papa died, writing found me once again.

once i started writing for chicago’s morning paper, i got the call from mr. crouch year after year. he asked me back to light a fire under the latest batch of cream puffs. for five years, i whirled in that high school, told mr. crouch and all his creamy kids, just how very much i’d learned sitting in those squishy little chairs. and how very much it mattered.

then, mr. crouch retired. and we lost touch. oh, once in a while i’d hear that he was somewhere southwest. but only recently did i get a call from the now retired head of the english department. he was clipping and sending a story with my byline down to mr. crouch. for grading, he told me.

but then, he told me lou was ill. and gave me his address.

i wrote to mr. crouch, told him once again just how very much he meant. and, by the way, i wrote, get a load of these really funny cream puff stories, collected by my north shore manchild.

(my favorite is the one about the kid at lunch eating what my then-fourth grader–newly moved to the leafy shore from the city–thought was fried chicken. my boy, naive to north shore menus, asked if he could have a bite of chicken. the kid across the lunch table looked up, and said, without a note of irony, “it’s not fried chicken, it’s breaded pheasant.”)

in yesterday’s mail, came mr. crouch’s reply. same old handsome cursive, letters big and bold and full of sweep, just like mr. crouch. but then, at the very end, came the sentence i’ll not forget:

“i shall treasure this letter the rest of my life–which may not be too long.”

now, for a girl who never got a chance to tell her other writing coach–her papa–how very much he taught her, how she lived to see the light bulb blink on back there behind his eyes, these words are achingly sweet.

it’s not every day you get the chance–before it’s too late–to tell someone who matters how very much they do.

and it’s not every day that someone tells you back, that you spoke the words in the nick of time.

when my papa died before i could make it through the blizzard to his bedside, i made a promise deep inside: i would not let another soul i loved leave me before i’d said what needed to be said.

and mr. crouch had time to write me back. his is the letter that i will treasure till the very end of time.

and dear lou, too. i will forever treasure you.

with love, one ordinary cream puff

do you have a mr. crouch? a teacher from long ago who stirred you to great things, who propelled you outside the boundaries of your ordinary self? do you have someone in your life who slipped away before you got to tell him or her just how much they mattered? is there someone still who needs to know?

p.s. the collected works of eudora welty are up there on mr. crouch’s letter, because i was told the one thing mr. crouch distinctly remembered about me was that i was the only one in the class who found the story, “why i live at the p.o.” hysterically funny. well, fact is, i had no recollection of a.) the story, b.) reading it, or c.) finding it so very funny. so i pulled it out and re-read it. it is funny. the one who told me the story said it was at that moment, back in junior english, that mr. crouch knew i was destined to be a writer. hmm. glad i found it funny. or else all of this i’d be lacking.

p.s.s. we gots us a snow day here. oh, lordy, there’s at least a foot of puffy white stuff out my window, and far as i can see. i tapped the dozing manchild on the shoulder to give him the very good news, that school was canceled, and oh i wish i’d had a picture of the smile that crossed his face. happy snow day if you got one too. any one for pancakes, the long slow snowy way?