it’s all about the ing 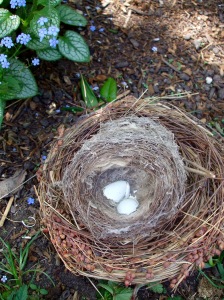 maybe a proclamation would be the thing. although that was done already. maybe just some common-sense yak, yak, yakking would do the trick.

it’s about a little problem i have with what’s coming sunday. far as i can tell there’s a missing syllable.

i would like to make the day not plain old mother’s day, a noun. which by my take is exclusive, too exclusive.

i would like to add an ing. and make it mothering day, a verb. a day for all who mother.

not just those who know what it is to push the burning bulge as if your life depended on it. which, of course, it did, as well as that of another one or two or three or, heaven help you, more heart-pounding little lives, depending on your wide-eyed obstetric state.

and not just those who’ve signed their name on someone’s dotted line. or stepped in without official papers.

all of that is fine. insanely, amazingly, awesomely, only-MotherGod-could-have-invented-this, so very fine.

but there is more—there are so, so many more.

yes, every last someone who has stroked a brow, wiped a tear, dabbed chocolate off a little cheek, fluffed a pillow, tucked in the covers, whispered bedtime prayers, set an extra place at the table, stretched a meatloaf, picked the peas out of the pasta salad, kissed a bloody knee, kept a retching belly from falling in the toilet bowl.

yes, every pair of arms that’s lifted a dead-weight child in the pool, played red rover till the cows came home, bent half-over to push a kid on training wheels around and round the block, turned the pages of good night moon so many times you find yourself chanting good night to the mittens when no one’s in the room.

you get the point.

i have for years squirmed and wriggled when it comes to setting aside a sunday, ordering up loaves and loaves of toast that will be cut in triangles, smeared with jam and honey and cinnamon with sugar, and delivered, teetering, on trays that stand a mighty chance of toppling off of bedsheet-shrouded knees.

not that i have anything against newspapers in bed, or violets clutched in sweaty little fists.

it’s just, gosh darn it, my world, for one, is highly populated with extraordinary motherers who have neither birthed, nor adopted, children of their own. and plenty who simply could not deliver, ever—they are men, for heaven’s sake.

i am all for honoring the art of mothering. and i would make a motion to amend the noun and bow down before the brand-new ending.

the ing, i argue, is where the emphasis should be. it’s a verb, active, pulsing, life-propelling verb.

back long ago, when julia ward howe, the activist who gave us “the battle hymn of the republic,” her anthem against slavery in 1862, back when she unfurled her original mother’s day proclamation it was all about women rising up and demanding end to war.

that i could get in a froth about.

especially the way she put it:

“our husbands shall not come to us reeking of carnage for caresses and applause. our sons shall not be taken from us to unlearn all that we have been able to teach them of charity, mercy and patience. we women of one country will be too tender to those of another country to allow our sons to be trained to injure theirs.”

but, somewhere, the hallmarks of the world got in the way. the second sunday in may became less about the women of the world exerting their mother-ness on the global family, and more about fluffy slippers, hand-crayoned cards, and leaving whole chunks of the population to ache because, by accident of biology, they’ve not been able to get egg plus sperm to equal zygote, their unborn children never got to take a single breath, they’ve buried a child born from their own womb, laid a lifeless little body to rest, far, far too soon.

aches, all, that never go away. all aches the second sunday in may only serves to jab and pierce so stingingly i know women who barely make it through the day.

or they might be women who exercised their right to choose not to bring another soul into this blessed broken world. or men whose tender caring touch goes uncelebrated, lost in all the hubbub of the third sunday of june when to be a grill meister seems the height of all that matters.

they all mother, if not define themselves as mothers per se. if not their own children, then other people’s children. or the child who dwells in every single someone. have you not been deeply mothered by a friend?

you needn’t be with child, nor even be a woman, to mother, is my point.

i don’t mean to be a grouch. and i hate to throw cold water on all the blessed moments the day will surely bring.

i just feel intent on proclaiming one not-so-little matter: may it be mothering, the art of tender caring, coaxing life, leaving mercy in your wake, the art that knows no gender bounds, no census-taker’s definition, the art the world needs in mighty thronging masses, may it be mothering, and not just mothers, for whom we stand and shout, God bless you each and every motherer.

may the whole world reach out and wrap you in its blessed holy bosom. the very one that you so freely share, the very one in which we bury our tears, clutch our fears, and find the very milk of heaven here on earth. amen.

i’m done proclaiming. your turn to toss it back.

and p.s. a most blessed birthday to susan, who achingly, bravely walks through her first birthday without her mother. xoxox

and p.p.s. the nest above? one i came upon while tromping through a field in winter, during the winter of my aching couldn’t-have-a-baby years. it was lying in a brambles, right before my eyes, as if the universe wanted to remind me: i might be some day someone’s nest. the broken eggs, i collected too. off the ground, crushed. empty. thus, the nest, the eggs above, they tell the whispered story of our motherness. sometimes broken, crushed. but sometimes possibility, hiding in a thorny bush. it belongs to all who mother. with love and honor for all you do to make this world a little softer, a whole lot less thorny. xoxox

Filed Under: motherhood, motherlove
Tags: mother and child : motherhood : mothers day for all

4 Comments to “it’s all about the ing”