the dew’s the thing 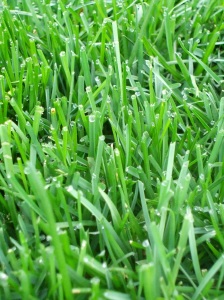 by any chance, when you rolled out of bed this morning, did you think to stumble out the front door, swipe your hand across the tippy-tops of grass, collect a few dew droplets, smush ’em all around your face?

it’s an ancient rite for may day. only, silly me, i’m just letting you in on it now.

i’m wondering, do you think we could extend the statute of limitations here, get tomorrow rolled into the equation, and maybe all of us could meet on, say, my front lawn? we could do a little dew dance. wiping and swiping dewy drops all over our visages?

but i am getting decidedly ahead of the story.

the story is this: it’s may day of course, the most ancient religious festival in the northern hemisphere.

hoh, boy, what a festival it was. until the puritans came along in 1644, that is, and settled the whole thing down.
but let’s back up some more here.

depending on your country of origin, you did may day one of a few ways. to the romans, it was a celebration of the start of summer. they leapt and whooped it up for flora, the goddess of flowers, the bride of west wind.

in france, for some reason, they paraded cows with daisies tied to their tails, poor things. actually the reason why is rather charming: because the grasses by may day had grown so lush, the cows could now be milked three times a day. thus, the anglo-saxons called the day, tri-milchi. and thus, they touted all their happy bulging cows.

if you hailed from parts a bit chillier, say up ireland way, you were a celt and you whupped it up big time. the celts called it beltane, and for three days they honored fertility in very fertile ways.

of course you know of the maypole. did you guess that it was phallic? and, according to a little deep reading i was doing, the may basket, yes, it’s true, would be the female part of the reproductive equation. i kid you not.

and you thought dropping may baskets at your next-door neighbor’s door was a sweet and innocent thing to do on the first of the merry month of may? silly you.

they did not stop there, though, those frisky celts. nosirree. but thank goodness we have the puritans to thank for reining in the raucous.

before the prissy puritans, who in 1644 deemed it illegal, a big part of the beltane, besides the ring-around-the-phallic-maypole, was the frolicksome habit of all the young couples sleeping under the stars, preferably off in the woods.

oh, those fertile celts. is that why all the irish catholics had such big families when i was growing up? some latterday sleeping in the woods.

the other curious celtic tradition was the setting of bonfires for beltane. some wild irish dancers, the morris men, would go leaping about the flames, in hopes that they might assist the gods in heaving the fireball known as the sun high into the summer’s sky.

and then we’ve got the dew.

the dew, of course.

the dew, i told you, is the thing.

the dew of may day is not just any dew. it is magical. all the young maidens dashed into the fields on may day, searching for the little droplets of the dawn. once traipsed upon, they dropped to knees, and smeared it all over their freckled, pocked, or rosy faces.

it was the elixir of the beauty queens. it was thought to do away with spots and pimples, pox and blackheads even. okay, maybe not the blackheads. but all the rest.

as you know, in all these months of pulling up a chair, i’ve not once mentioned any sort of beauty tip. i do not spend my days pondering much the notion of beauty of a facial kind. but this, folks, is one beauty tip i’ll not let scamper by, unnoticed.

i’ll have you know that shortly after crack of dawn, this very morn, i furled back the covers, tired bones be damned. i was a woman on a mission. the groggy lump beside me questioned where i was off to in such a gosh-darn hurry.
“i am in search of dew,” i announced, as if i was going off to battle.

fumbling for my dew-hunt clothes, he beat me to the punch. he was dressed, and armed with bike helmet, while i was still stumbling from the bathroom.

by the time i staggered out the kitchen door, open palm at the ready, he was still two steps ahead. as he sauntered toward his waiting bike, he tossed me this: “dew’s out in front.”

(how dear that he goes along with all my madness, wouldn’t you agree?)

aha. i ran. i crouched. i swiped. i am waiting, as i type, for the dewy beauty to set in.

all i know is, as i ran my fingers over sodden stalks of grass, i thought, geez, sure hope the fertilizer from next door didn’t blow my grasses’ way. that would nix the magic of the dewy potion, would it not? i bet the celts didn’t have such toxins to contend with. worst they had was maybe a little cow dung.

and so, my friends, i have now passed along my first, and probably last, beauty tip, here at the table. had i known ahead of time, i would have tipped you off. i’m sure the dew of may 2 will work nearly as well.

if not, there’s always next year, when i will be sure to send out dew alerts in due time.

please, please let me know if you happen to catch a dab of dew before it’s sucked up into the dry old day. or dew tell (irresistible) of how you plan to spend the first of may? and remember, next year, my house, dew fest. dew put it on the calendar.

it’s truly birthing season right in here. today, a most delicious dewy birthday to one of the loveliest young maidens i’ve ever known and loved. she turns 14 today; i swear she was just born. so does her mother….